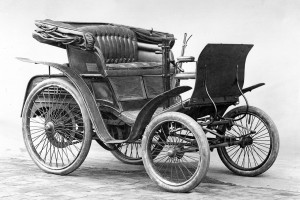 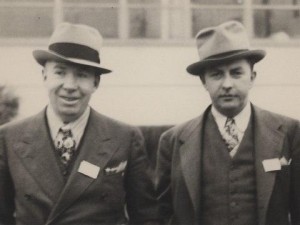 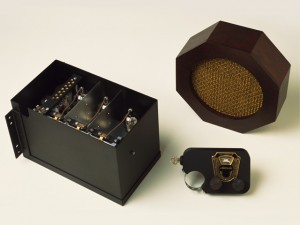 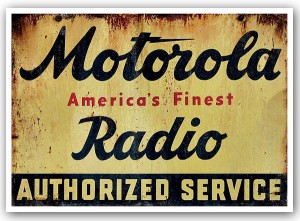 In 1913, the Ford Motor Company manufactured nearly 200,000 cars, more than half of the automobile production in the U.S. Fred Colvin, author of the American Machinist series, wrote that Ford could produce a Model T every forty seconds because the company’s engineers focused on “principles of power, accuracy, economy, system, continuity, and speed. One element of the famous Ford system was still missing: the assembly line. Ford workers were still completing the final assembly of automobiles by moving in crews from one chassis to the next, each of which sat fixed on a wooden stand. Other workers delivered parts to the assembly stations. The Highland Park plant used the same method for assembling individual components, like engines. In 1913, however. Ford engineers began experimenting with the assembly-line concept, precursors of which existed elsewhere in American industry. For example, Henry Ford is well-known for attributing the germ of the idea to the disassembly process used by Chicago meatpackers. Ford engineers also credited the flour-milling and brewing industries. Additionally, the Westinghouse Airbrake Company had used a conveyor system as early as 1890 to move molds into position to receive poured cast iron and then move them on to the position where they were broken open. Indeed, the first conveyor used in a production process at Highland Park was in the foundry department, which made cast auto parts. In 1913, Ford engineers quickly began installing conveyors and assembly lines in other departments of the plant (radiator, magneto). All were intended to make the process more efficient by keeping the workers stationary while repeatedly performing the same task as the assembly or sub-assembly moved past.

As 1913 unfolded. Ford engineers installed the assembly-line process in the transmission department and the engine department, the latter requiring sub-assembly lines moving toward the main line, much like tributaries flowing into a river. While some conveyors moved the assemblies along, other conveyors constantly moved parts into position so that workers could install the parts without having to fetch them. By the end of the year, Sorensen had begun installing an assembly line for the chassis. This entailed the final assembly, when all the parts, engine, transmission, body and fenders, and lights and final fittings, were installed to create a finished car. This was the line that was the most impressive and therefore came to be understood by the public as “the assembly line.

The assembly line may have been a marvel for journalists and the public to behold, but it was a serious annoyance for production workers. Previously, workers or teams of workers had been paid by the piece and set the pace of their own work, but now a machine (the conveyor) that had the speed set by Ford engineers dictated the pace. Moreover, there previously had been a modicum of variety to each worker’s day as he moved from station to station, installing a variety of parts. Now each worker stood in one place, repeating the same minute task throughout the shift. Such repeated motion was physically taxing, so Ford engineers tried to adjust the heights at which work took place to relieve sore backs and other complaints. Alleviating the physical problems could not remedy another: boredom. The turnover rate among production workers at Highland Park skyrocketed, and word circulated that Ford employees might organize into unions, a possibility that was anathema to Henry Ford. Thus, in January 1914, Ford implemented a huge raise in pay, more than doubling the base rate to $5.00 per day. Such high pay for industrial workers induced many to force themselves to endure the grinding hardships of assembly-line work. The pay-raise was also a public relations coupe for the company, its owner, and the Model T, all three rising to mythical status in early-twentieth-century American culture.

In 1915 Ford was selling a runabout for $390 and distributing $16,200,000 in dividends to its stockholders. Henry Ford, who had provided the original car and exerted a strong influence over company policy sought low prices for his cars and high wages for his employees.

The Model T had a tremendous influence on American life. The process by which Ford produced the car influenced the development of the means of production in other industries. The Model T’s low cost made automobile transportation available to all but the poorest Americans, reducing isolation in rural areas. The popularity of the Model T also stimulated a demand for improved roads. The increase in automobile use was a huge stimulus to the petroleum industry. All those developments, though, eventually moved the nation beyond the Ford Motor Company, and the company had trouble responding to the change. It seems that the Ford system of manufacture was efficient, but not initially flexible. Whereas Ford continued to tinker with the production system to keep cutting costs, the company did not change the car. Other auto companies, most notably Chevrolet, found new ways to compete. Competitors devised improvements in comfort and performance and found ways to add those improvements to cars without having to charge much more than the price of a Ford. In 1927, after nearly twenty years, Ford finally discontinued the Model T and introduced the Model A. Ford had sold 1,112,000 cars in 1926 but only 390,000 in 1927. For those same years, Chevrolet’s sales increased from 475,000 cars to 642,000. Ford’s precipitous drop in production was due to the disruption in production schedules caused by the necessary overhaul of its worldwide manufacturing system to make the new model. Machine tools had to be changed and assembly lines altered. Ford sales eventually recovered, rising to 481,000 in 1928 and 1,310,000 in 1929, but that two-year drought was devastating to Ford dealerships.

Ford’s market recovery came just as the world economy went into the Great Depression. By that time, Ford’s production empire had expanded far beyond Detroit, as his engineers had devised a scheme by which the assembly-line process could embrace geographical space. That scheme was the system of branch assembly plants.

Translate this page to your language!